Two men connected with Kilmun, one who was a temporary resident and from a very poor family, and one who lies in a mausoleum in the churchyard and enjoyed a privileged background, have an unlikely connection through the Crimean War. It is unknown if they met either in Kilmun or on the battlefield.

General Sir John Douglas lies in a vault just to the north west of Kilmun Church. He was the son of Sir Neil Douglas of Glenfinart who had a long and distinguished military career, fighting in several major battles including Quatre Bras during the Waterloo campaign. Following his father into the army, John Douglas became an Ensign in 1833, at the tender age of 16. He rose through the ranks, becoming a captain by the age of 24. By 1854 he was a lieutenant-colonel serving as commander of the 79th Highlanders in the Eastern Campaign of 1854-1855. He fought in the Battles of Alma and Balaclava, and the siege of Sebastopol.

William Simpson was born in October 1823 in Glasgow. His father was an abusive alcoholic and the boy was sent to live with his grandmother in Perth. His brief formal education there enabled him to become an apprentice in Glasgow, at MacFarlane’s, a firm of lithographer and he returned to his parent’s home at 138 Gallowgate. This work opened a whole new world to Simpson, who attended the Andersonian University and the Mechanics Institute in the evenings where he developed his artistic skills.

His obvious talent as an artist was quickly recognised and Simpson was engaged to prepare images of Alma and of the area around Sebastopol where a battle was anticipated. At the time drawings were used to illustrate various events taking place in the Empire for readers at home. To his surprise, Simpson was sent to the Crimea himself and while he missed the initial fighting was able to record the events, helped by details gleaned from the people he met. Simpson was there when Sebastopol surrendered and he sent many watercolours of the front to Day & Son in London. A portfolio of some 80 of these paintings was printed in a book, "The Seat of the War in the East" which was dedicated to Queen Victoria and sold many copies. The Queen became his patron, and he was a regular visitor to Windsor Castle and Balmoral. So popular were these pictures that he became affectionately known as 'Crimea Simpson'.

What happened to the two men after the Crimea?

John Douglas continued his army career, after Crimea travelling to India and commanding a brigade during the siege of Lucknow and taking several important positions during the campaign. He was appointed commander of the troops in some of the most disturbed areas of India, and constantly engaged in pursuing rebels throughout the monsoon seasons. He seems to have been very successful and was frequently mentioned in despatches.

John Douglas married Lady Elizabeth Cathcart in 1843, and had two sons, the eldest, Neil who followed the family tradition of soldiering,  died in Japan a few month before John himself died at Glenfinart

It was shortly after the Crimea that Simpson became ill and was advised to leave London to regain his strength. He chose to go north to Scotland, and he was invited by Mr. Allan to stay in his house in Kilmun. He was happy to be in such beautiful surroundings and wrote

“In the early spring of 1859 I left Kilmun. I should willingly enough remained for I liked the place. My love for it increased with my stay…but the war between France and Austria had opened in Italy…..”

In 1866 Simpson was engaged by the Illustrated London News to do some sketches of the Prince of Wales on a visit to the Duke of Sutherland at Dunrobin Castle and afterwards had more distant missions to St Petersburg and Abyssinia. His special work as an artist caused excitement when he was covering the Franco-Prussian war and was  arrested on suspicion of being a spy but he finally convinced the French authorities that he was a 'special artist'. At the police station, his sketches were carefully examined, and he was finally released. The same thing happened a few years later in Paris. World travel became Simpson’s way of life as he worked on behalf of the newspaper and he was in demand for major events like Royal weddings. Simpson loved his native Scotland and was happy to record events like the opening of the Forth Bridge in 1890. It is ironic that it was then that he caught a chill which was to have detrimental effects on his health, after his extensive travels.

As well as illustrating major wars of the day, he covered state events, coronations, funerals, and other ceremonies. Simpson developed a particular interest in India and sketched scenes of the Kashmir Maharajas. He was a noted ethnographer and antiquarian, and he wrote extensively on ancient religions, customs, and ancient artifacts. William Simpson had married late in life and had one daughter Penelope. He died at his home in Willesden, North London, in August 1899, and was buried in Highgate Cemetery. 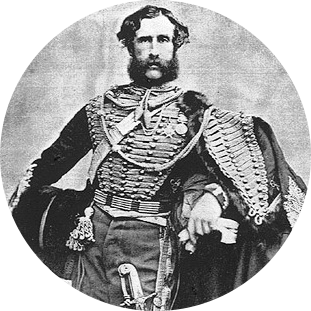 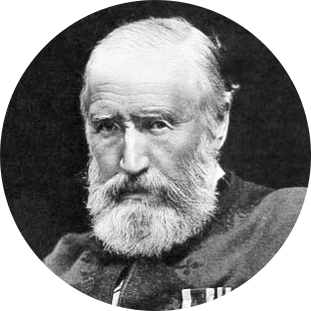 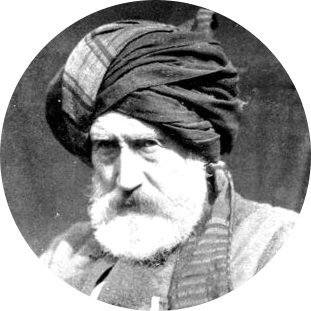