The Eachaig Bridge is 130 Years Old

Driving past the Cot House today for safety reasons we now observe the 40 mph restriction as we smoothly head towards Loch Eck on the A885. In years gone by a speed of even 10 mph would have been reckless and it would have been necessary to cross the River Eachaig by ferry. 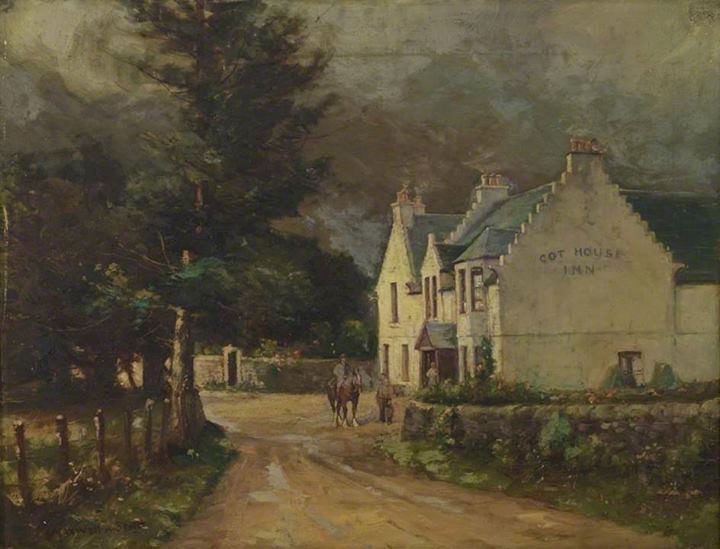 For centuries the principal means of travel to and around Cowal was by water. There were no roads as such, just tracks for ponies, cattle or walkers crossing the difficult terrain. Loch Eck cuts across the important route between Inveraray and the Clyde, made difficult by geography, and provides an easier passageway to Loch Fyne and beyond. It was this route which was taken by Mary Queen of Scots on her journey from Inveraray to Dunoon in 1563. It was essential to have the means to cross the river Eachaig, and a small ferry was provided near the inn on the west bank of the river. This small boat or punt was named a COITE, and passengers were charged a small fee – reputedly a halfpenny. This facility gave the small thatched house by the river where the ferryman lived the name of Cot House. Not one to pass the opportunity of earning some extra money, the ferryman soon began supplying thirsty passengers with home brewed beer, and it is believed that something stronger was also available. It does not take a leap of the imagination to picture smugglers sitting cosily by the fire in the small inn enjoying a dram or two.

In his memoirs the entrepreneur David Napier mentions opening the “new route to Inveraray" around 1835. This necessitated building a new road from the pier at Kilmun as he intended to convey the passengers by a steam coach from Kilmun to Loch Eck. There his steamboat, the Aglaia, transported the passengers by the old route to the north end of the loch then by coach to Strachur, where they were met by another steamboat to cross Loch Fyne to Inveraray.  A wooden bridge replacing the ferry service was built near the Cot House Inn around this time.

The old bridge served for over 50 years but it was realised that something much more substantial was needed as traffic increased and carriages grew larger. The wooden structure was meant for carrying no more than two and a half tons: passengers on the newer, heavier vehicles had to get off and walk! In the winter of 1884/5 the Dunoon District of the Argyllshire Road Trustees under the Chairmanship of Mr Gilchrist, decided to invest in a modern, state of the art replacement structure which would be in keeping with the glorious scenery. Not only would Dunoon and the local area benefit, but it would be an asset for travellers from Glasgow to Oban and indeed the whole of the West of Scotland.

The engineers, Bell and Miller of Westminster and Glasgow were appointed and the contractors were Hanna, Donald and Wilson, of Paisley. The total cost of the new bridge including the new walls and approach would be in the region of £2,000. The work was completed over the winter months and was not without incident. The first 15 ton girder was floated into position on a convenient high tide but when the second was being moved it slipped at an angle, throwing two workmen and Mr. Donald the contractor into the water. Fortunately other than an unpleasant immersion into the icy river, they suffered no damage. The work was completed in May 1885.

The Eachaig Bridge was made from the best malleable iron, with a 70 foot span. The road is 22 feet wide between the girders and is formed of transverse lattice girders of wrought iron supporting cast iron arched plates filled with Portland cement concrete which forms the road. which unusually, is half-way up the trusses.The lattice trusses have extensive side bracing and heavy cast iron hand rails. To either end are ashlar dies and splayed ashlar parapets. On an iron plate are the words 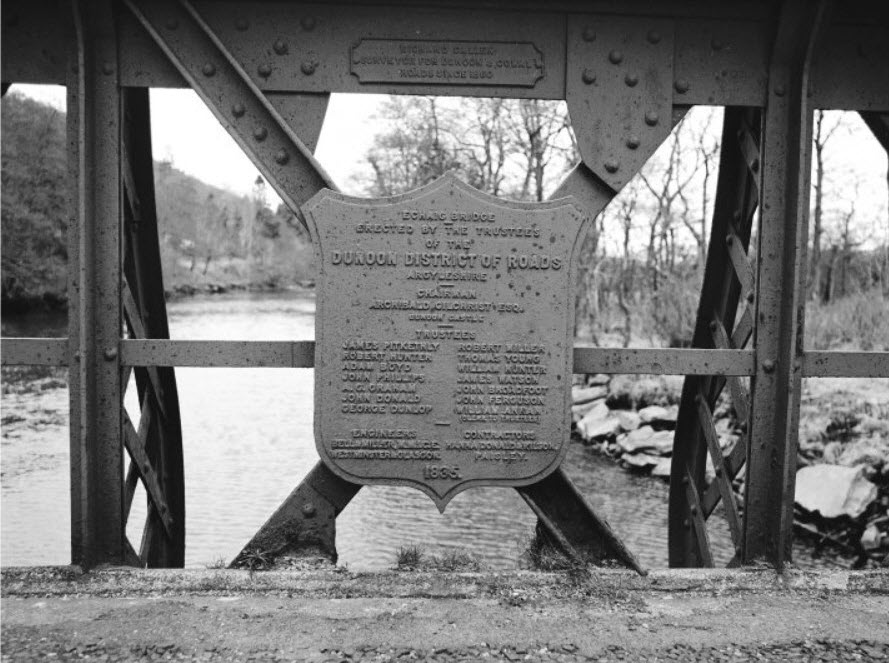 A grand ceremony took place when the bridge was opened to traffic, in the much loved style of the Victorians. There were many long speeches of congratulation, with humour of the time, and the event was attended by a large group of local personalities. In the tradition of the vicinity the celebration was accompanied by a few wee drinks.

The bridge was featured in The Engineer in September 1885, and showed the beautiful working plans.

After 130 years the old bridge still spans the Echaig, but in time it was necessary to upgrade the road system so that it no longer passed directly in front of the old inn, and replace the bridge. Little did those early travellers waiting for the ferry think that it would be so easy to cross the river! 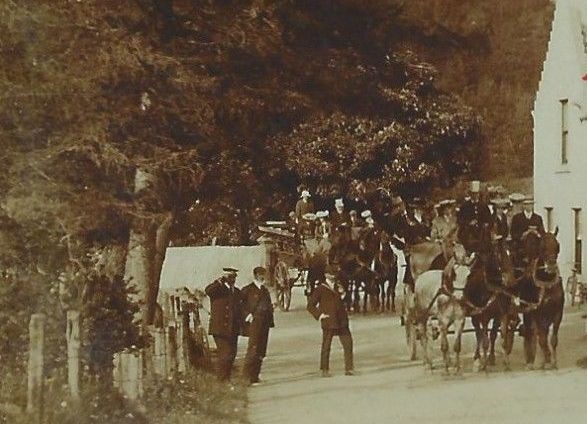 Coaches at the Cot House Inn 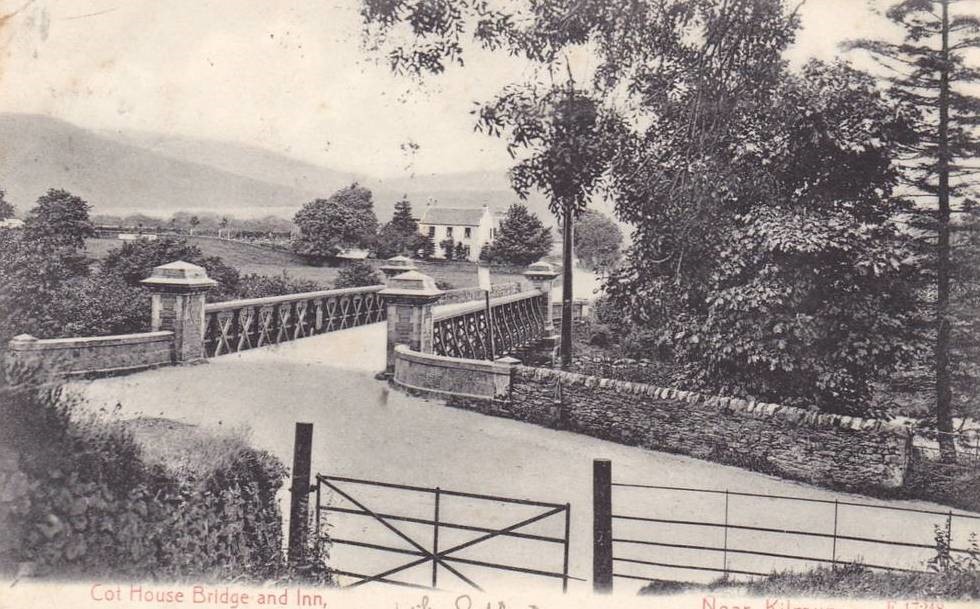 Postcard A postcard of the bridge 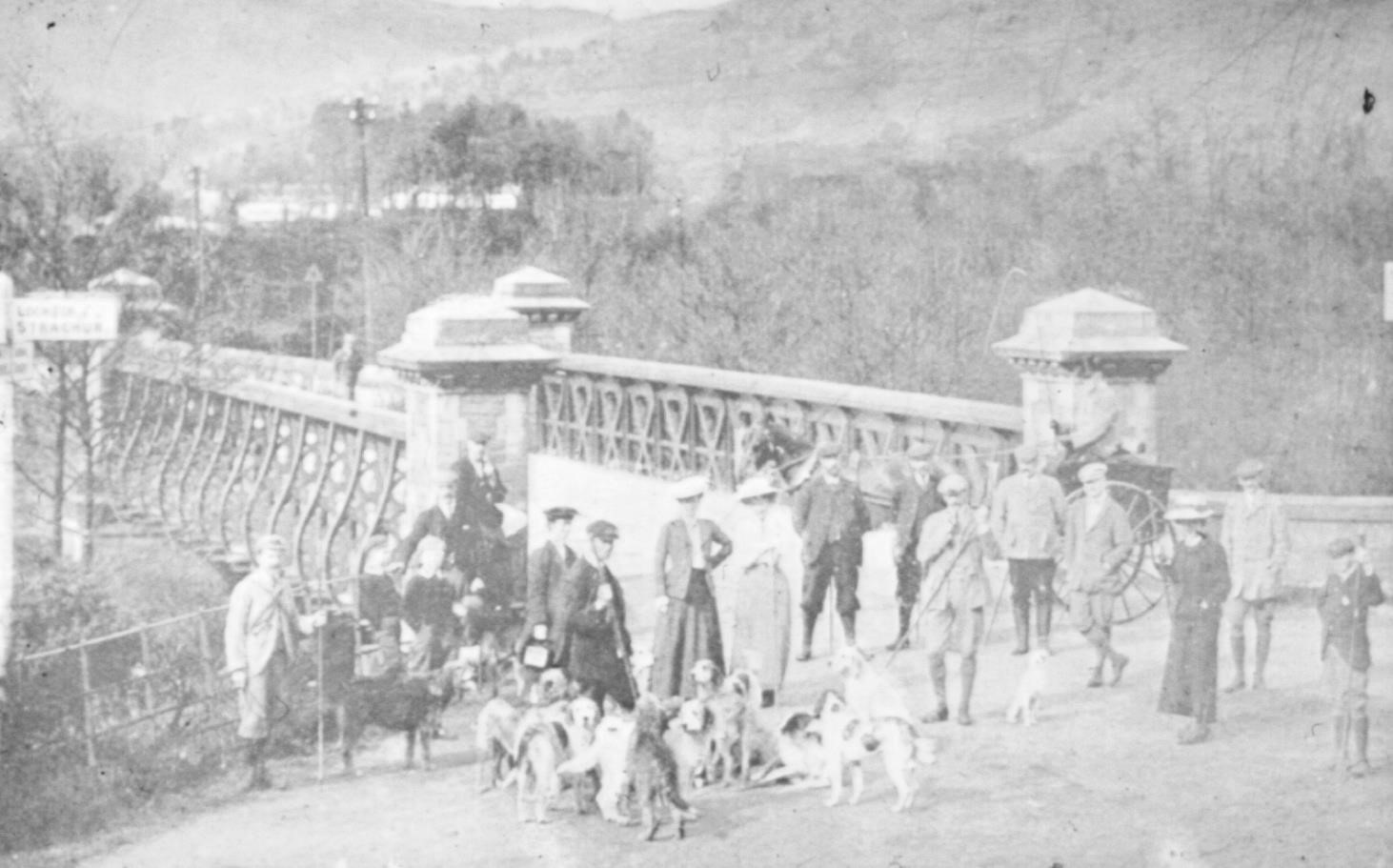 A hunting party on the bridge 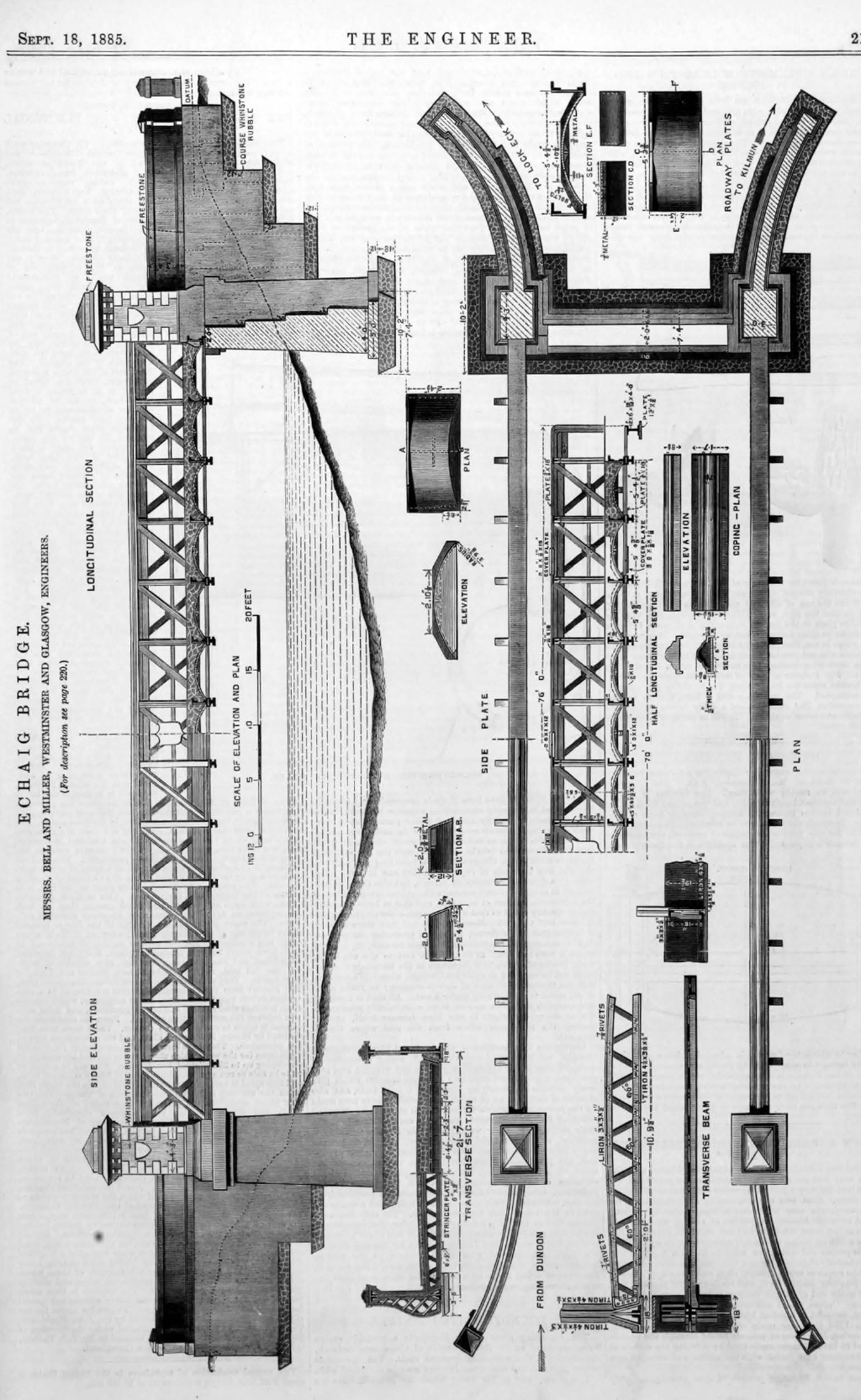