David Napier was born at Dumbarton on 29 October 1790, the son of John Napier, a Dumbarton engineer, and his second wife Ann McAlister. Confusingly, there were another two men of the same name in the family and all three trained at the Dumbarton business.
The man we are interested in became one of the most inventive of the pioneering engineers working on the Clyde. After working the Dumbarton engine shop, he became an apprentice to Duncan McArthur at his Greenhead foundry at Camlachie near Glasgow and eventually became his partner. Still young, but experimental and technically very capable, David made the boiler and produced the castings for the engines for the first steamboat, the Comet in 1812. This work for Henry Bell was never paid for!
Recognizing the potential of steam navigation, he decided to start an engine works with his father at Camlachie. It was an eventful time, as shortly afterwards John Napier died and, in 1814, David married Marion Smith; they had fifteen children.
There was a rapid escalation in the use of steam to propel vessels, and, after designing engines for Britannia and the Dumbarton Castle, David manufactured a marine engine for the Marion which he operated on Loch Lomond. He was soon thinking of starting his own fleet of ocean-going steamers and established a service between Greenock and Liverpool, and across the Irish Sea. Each ship was more powerful than the last and able to stand up to stormy seas. In 1820, he began a service on Loch Eck with a steam carriage connection to Kilmun.
The area attracted Napier and his family and, in 1826, the family could afford to buy Glenshellish. He could see great potential in the beautiful area which because of the steam boats, was readily accessible to Glasgow and very desirable. His next purchase was "the land on the north shore of the Holy Loch" from Mr. Campbell of Monzie. This extended from the old hamlet of Kilmun to Strone Point, and he then bought the land which continued around to Blairmore, giving him ownership about three miles of shore. The loch soon became very busy and the old route to Inveraray from the city was further developed. His first work at Kilmun was to build some houses for workers, and then a series of attractive villas. A distinctive row of six villas became known as the Tea Caddies, and Napier built a pier with buildings and the nearby Pier Hotel as well as improving the local roads. The next major building was Finnartmore, a mansion house for himself – it was far more convenient to live near the pier than at Glenshellish. Piers at Blairmore and Strone soon followed and the passenger traffic was carried by Napier’s own steamers.
In his memoirs Napier mentions opening the “new route to Inveraray". This necessitated building a new road from the pier at Kilmun as he intended to convey the passengers by a steam coach from Kilmun to Loch Eck. There his steamboat, the Aglaia, transported the passengers to the north end of the loch then by coach to Strachur, where they were met by another steamboat to cross Loch Fyne to Inveraray. Sadly the steam carriage was very heavy and churned up the road.
There is no doubt that David Napier played a huge part in the development of steam vessels and sea voyages and the growth of the Post Office Steam Packets but he suffered a blow to his reputation when the boiler of his steamer Earl Grey exploded at the quayside at Greenock, killing six people and injuring several more. This affected him deeply and not long afterwards he sold his Lancefield Quay works to his cousin Robert and he left for London. Some of the Kilmun houses were sold but the shore property generally, and the feu-duties, remained in his possession till his death. At the end of 1837, he purchased a site on the Isle of Dogs, which was developed and then managed by his sons, leaving their father time to concentrate on innovative designs. David Napier remained in London, continuing his experiments until his death at the family home, 8 Upper Phillimore Gardens, Kensington, on 23 November 1869. He was buried at Kensal Green Cemetery. 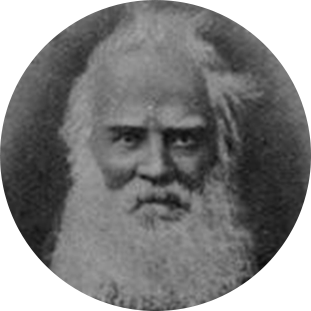 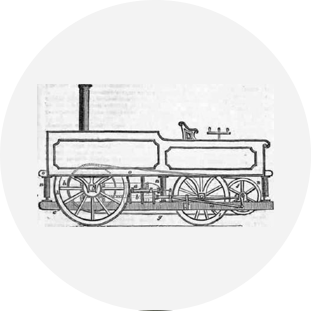 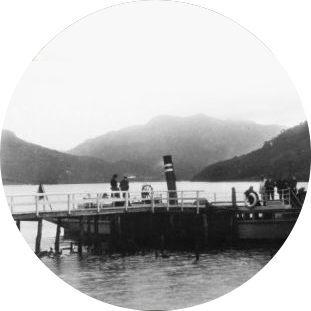