The Christian tradition that resurrection from death is dependent on the body being intact at burial really only ended with the carnage of the Great War, when heroes who died for their country in dreadful circumstances could not be denied eternal life. Before that time there was strong opposition to cremation and a repulsion of the dissection of the dead.
These strong beliefs brought the general public into direct conflict with the medical men who needed cadavers for study. As early as the 1505, anatomists in Scotland demanded bodies to dissect when the Incorporation of Surgeons and Barbers in Edinburgh stipulated that every candidate for membership should study anatomy. Legal measures were taken to handle the problem by providing the bodies of executed murderers for dissection – no-one objected to this measure which also saved the public purse the cost of burial.
By the 18th century, there was rapid growth in the formal study of medicine and many more cadavers were needed by the expanding medical schools, some private. There were medical schools and also private schools of anatomy in Aberdeen, Edinburgh and Glasgow. The spiralling demand for bodies could not be met by convicted criminals and the anatomists became bitter rivals in their efforts to acquire subjects, so the provision of the bodies became profitable. Inevitably the needs were met in the most ghastly way by a new trade – that of the body-snatcher.

At first, the grave-robbers were mainly medical students or hospital porters, encouraged by their professors, but a body was worth £10 - £16, which was more than the annual income of many workers. Poor Scottish students of medicine could pay their tuition fees in corpses. The financial prospects encouraged a group of people to exhume corpses to sell to the medical schools, and they became known as resurrectionists. They would also be referred to as body-snatchers, sack-em-up men, shusy-lifters, or noddies among other names. Under Scottish law, stealing a body was a criminal act, but very few cases came to court. It was only when an offender was thought to be taking an excessive number of corpses, or when bereaved families demanded action that action be taken, and the courts were usually lenient. Without the threat of severe punishment, the gangs of body-snatchers became increasingly active, and few Scottish burial grounds escaped their attention. They were feared and detested in equal measures.

The Resurrectionists at work 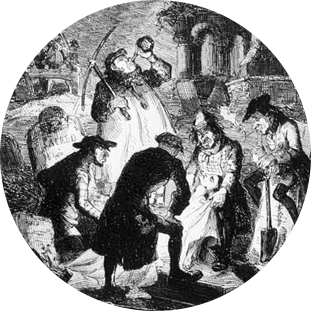 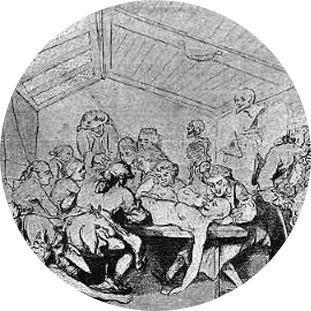 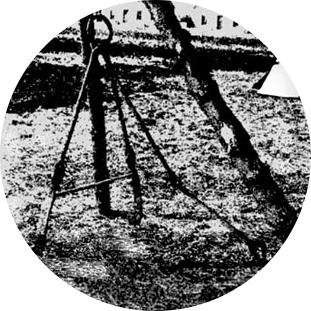 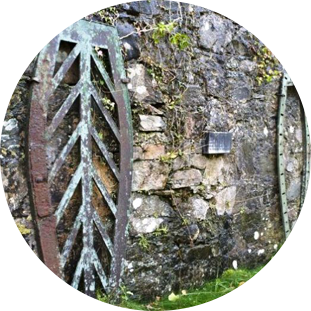