Elizabeth Blackwell was born on 3 February 1821 at Counterslip Street, Bristol, the third daughter and the third of nine children of Samuel Blackwell, a sugar refiner, and his wife Hannah.  Elizabeth’s parents had progressive views about religion, slavery and the education of their children. The boys and girls were treated alike to make the most of their talents and were taught mainly by a governess.  Following financial problems with his business and the riots in Bristol in 1831, Samuel Blackwell and his family emigrated to New York, where he resumed both sugar refining and anti-slavery protest.

Business difficulties took the family to Cincinnati in 1838 where Samuel Blackwell died suddenly, leaving his family in a difficult financial situation, but the enterprising. Elizabeth with her two elder sisters set up a school to support the family. In 1842, Elizabeth was appointed as head of a girls' school in Kentucky but soon left because of her loathing of the prevailing local attitude to slavery. Around 1844, a friend developed uterine cancer but her modesty had prevented her consulting a male doctor until her illness was too advanced for any treatment. Persuaded by her friend that, if she had been treated by a lady doctor, she would have been spared the worst suffering, an idea was planted in Elizabeth’s head. If she became a doctor, she would be independent, and would be able to help those in need.

The road to qualification seemed impassable. Elizabeth would not take the advice she was given to disguise herself as a man and qualify in Paris so she continued to support herself through teaching while she began her study of medicine. After several years of rejections by the established medical schools of America – and Elizabeth applied to them all – she was accepted at Geneva in New York. The Principal had put her application to the students, who discussed the idea of a female colleague, and they unanimously accepted and pledged to treat her as one of themselves. In January 1849, Elizabeth graduated MD above all 150 male students, an event that received widespread press coverage across the United States and back in Great Britain. She then returned to Europe for further medical training, again meeting opposition. In May 1849, she enrolled at La Maternité, the leading school for midwives in Paris, as no hospital would admit her as a doctor. Her hopes of eventually becoming a surgeon ended when she suffered an accident and lost the sight in one eye, but even this did not stop her ambitions in the medical world.

Elizabeth Blackwell was admitted to St Bartholomew’s Hospital in London but was banned from studying female disease there by the Professor of Midwifery. After this period of further practice and study, Elizabeth returned to New York and her career took the direction she would follow for the rest of her life – the promotion of hygiene and preventative medicine and encouragement of women to enter the profession. She set up in private practice, opening a dispensary for poor women and children. This became the New York Infirmary for Women, run by women for women. By then Emily Blackwell, her younger sister had qualified and joined her with some of the growing band of women doctors. Despite a busy working life Elizabeth continued to “spread the word” to women studying medicine and published a collection of her lectures as:

A return to London in 1858 followed after a clause in the Medical Act was amended so that doctors with foreign degrees could practise medicine. Elizabeth had her name entered on the Medical Register – she was the first female ever to be recognised as a qualified doctor in Britain. Her fame grew, and she gave many lectures on the work of women doctors in America, encouraging people like Elizabeth Garrett to enter the profession.

Crossing the Atlantic once more, she resumed her efforts to develop the hospital for women, but soon became involved in the Civil War, organising women's nursing services for the army troops. In 1868, the New York Infirmary for Women was formally opened as a medical school.  Instruction came from women as far as possible; Elizabeth Blackwell was Professor of Hygiene and Emily Blackwell as Professor of Obstetrics and Diseases of Women.

In 1869, Blackwell decided to return to England. She had adopted a daughter in 1854, an eight year old orphan who became Elizabeth’s helper, constant companion and friend for life. Due to clever investments in America, Elizabeth no longer needed to earn a living, but she continued her pioneering work in London, being appointed consulting physician at Elizabeth Garrett Anderson's New Hospital for Women. When the London School of Medicine for Women formally opened in 1875, she was a member of the school's council and a lecturer in midwifery. Her main focus became social reform, particularly in relation to the role of women in promoting health and hygiene. She was among the founders of the National Health Society, which promoted sanitary and hygiene instruction, particularly in schools, under the slogan ‘Prevention is better than cure’

During her medical career, Elizabeth had proved it possible that women could become doctors, and had eased the way for many wishing to follow this path. She was, however, more than just a professional pioneer but saw medicine as an opportunity for women to bring social change. Her ideas were sometimes controversial and, while this made her life as a female doctor even more difficult, it earned her great respect in the women’s movement. She was a deeply religious woman, firstly an Episcopalian, then a Dissenter, then a Unitarian; she finally returned to the Episcopal Church and became associated with Christian socialism. Elizabeth was brought to the attention of many other well-known personalities, and it is no surprise that she knew Florence Nightingale well. The two young women—born within months of each other—had much in common, but in later years their friendship was affected by differing views on women in medicine.

During her old age, Elizabeth discovered the pleasures of taking a holiday on the Clyde coast in Scotland, and stayed in Kirn in 1900. Following this successful visit, Elizabeth and Kitty took rooms at the Kilmun Hotel. In the hotel register, under the date of August 1905 was this entry in her own handwriting:

“Our fourth visit to this hotel. Each time the air of Kilmun seems more invigorating, and our host and hostess kinder."

While holidaying again at Kilmun in 1907, she fell headlong down the hotel stairs; although no bones were broken, the shock to her nervous system was so great that she never entirely recovered from it. She died on 31 May 1910 at her home, Rock House, Hastings, shortly after a stroke. She was buried in June in the churchyard at Kilmun on Holy Loch in the west of Scotland, a place where she had loved to spend holidays.

“A pioneer—from some of those who are trying to follow in her footsteps."

The Royal Free Hospital School of Medicine for Women also sent a wreath. 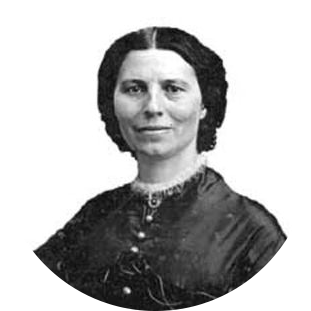 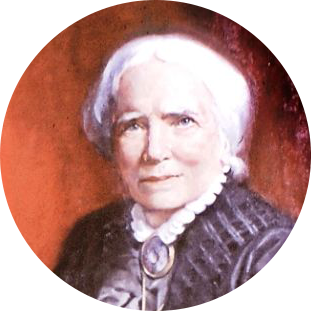